A Chance to Start Again: Celebrating One Year at Hearthstone Place 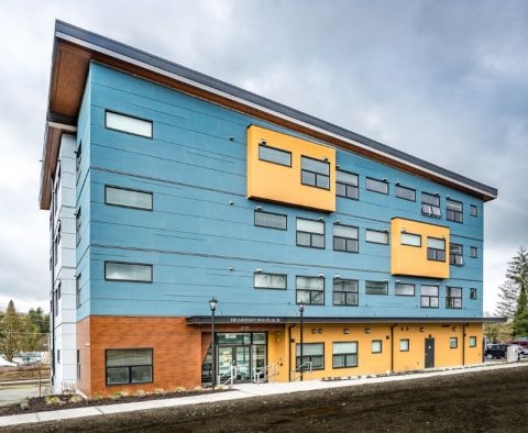 Before Chuck came to Hearthstone Place, he was living under a bridge in Abbotsford. Once an award-winning mechanic, he wanted to “get back to reality” but felt stuck. He didn’t like the attitude on the streets and while he got along with local aid workers and police officers, he was the victim of repeated thefts. Once, he was even beaten up and tasered while sleeping, by people pretending to be the police.

When he came in off the streets into supportive housing, Chuck describes himself as “pretty wild.” The conditions at Hearthstone required an adjustment, but staff made him feel comfortable and safe. Finally, he was in a place where he could start to improve his situation.

A Place to Start From

Hearthstone Place is a low-barrier housing initiative in Abbotsford supporting men and women who are homeless or at risk of homelessness. Unlike emergency shelters, it provides a stable home and focuses on addressing personal barriers with a goal of reintegration into market housing. Hearthstone is a partnership of the City of Abbotsford, Province of BC and Abbotsford Community Services and has been in operation since March 1, 2017.

Chuck’s appreciation for the opportunity he has at Hearthstone is obvious. He has a roof over his head again and takes pride in his suite. It’s compact but homey and every inch is immaculate. He also has new glasses and copies of his identification and other essential paperwork that were stolen when he was on the street. These are some of the first steps down the path towards his ultimate desires, to get his own home and a new job. Now that Chuck feels safe, he’s able to start pursuing those goals.

“As much as we help him, Chuck helps us, too,” reports Megan Capp, Manager of Hearthstone Place. She’s quick to share that Chuck helps keeps the area around the building tidy, looks after other residents when they’re sick and volunteers for jobs like staining the wood on their new benches. On this particular morning, he was heading to the Food Bank to assist a friend.

Other Hearthstone residents are also integral in having a positive effect on the area. They’re proactive about collecting garbage dropped in the neighbourhood, and have recently decided to participate in the “Adopt a Block” program.

Despite some strong opposition to Hearthstone’s creation, there have been no formal complaints since opening a year ago. Residents are committed to being good neighbours, taking ownership of their surroundings and working together to resolve the issues that can occur when people live in close proximity to one another.

Steps in the Right Direction

Everyone who lives at Hearthstone has the opportunity to work with professionals to address their individual and often complex needs which may include: mental health, substance use, essential life skills and employability. Residents define a set of goals within a two-year plan and are committed to working towards these goals.Many ultimately seek to secure jobs and move into market housing.

In some circumstances, particularly for those with higher support needs, this isn’t feasible. In these situations getting off the streets and living at Hearthstone supports them towards a better quality of life, a positive role in the community and, in many cases, a reduced number of calls to emergency services.

Megan reports that for some residents, “baby steps” are often the most significant. While people like Chuck are eager to get started on self-improvement, it takes longer for others. It’s not for lack of desire; many people on the street don’t feel deserving of a home at Hearthstone or even a daily shower. Others have grown up in environments where they weren’t taught life skills or hygiene fundamentals. Hearthstone’s “housing first” approach gives them a base from which to start developing these skills before exploring larger goals. Clients are met wherever they’re at in life.

A Place of Positivity and Love

For the residents and staff of Hearthstone, each day presents new challenges. While their work isn’t easy, Megan and her team work to stay at the forefront of best and emerging practices around homelessness and related issues. They put love and positivity at the heart of everything they do, centering their work on what’s best for each client instead of a “one size fits all” approach.

There’s been considerable support from the wider community as well, including a local church which donated a beautiful Christmas tree and a woman who raised funds independently to buy each resident a Christmas gift.

Considering the concerns about Hearthstone’s creation, Megan says it was time to try something new and impact those in need. Now 1 year after opening, Hearthstone is a concrete example of love and positivity towards marginalized people in Abbotsford. Its success is evident in residents like Chuck, who, with the right support, is safely in a place where he can start again. 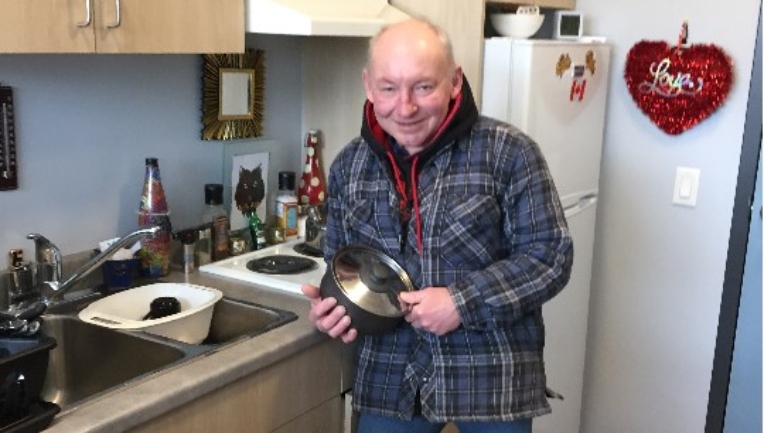