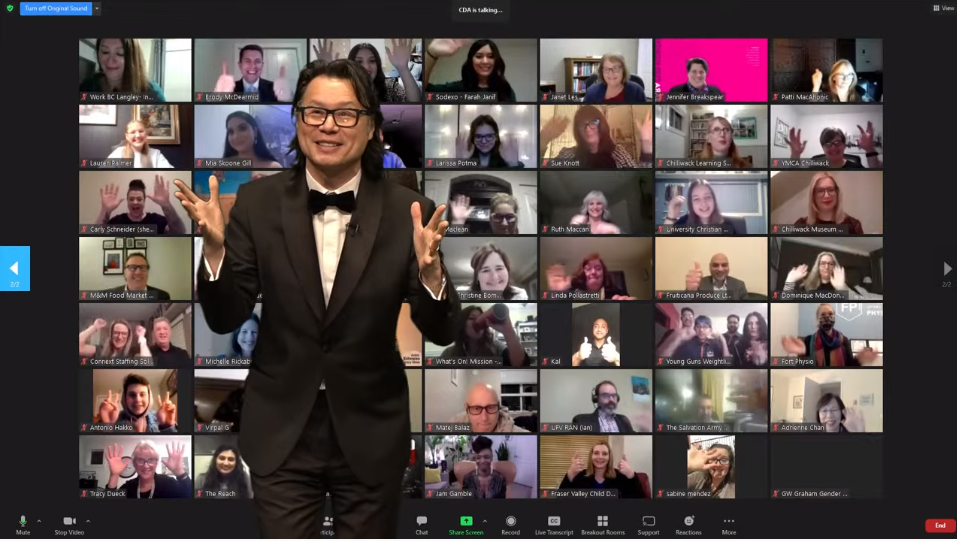 The 2020 Fraser Valley Cultural Diversity Awards were one of the last large in-person events held in BC in March 2020 and now a year later the awards were presented over YouTube livestream. Emcee Fred Lee filmed live from the Tradex building and was joined by world champion hoop dancer Alex Wells. Some presenters briefly joined the show in-person to give out awards while other presenters and all nominees joined via video.

Speaker Jam Gamble, an award-winning media personality and CEO behind “Slay The Mic,” joined virtually from Toronto and was introduced by Mayor Henry Braun. Gamble spoke about the importance of representation and thanked the nominees for the work they were doing “to progress as a community.”

In her closing remarks, Manpreet Grewal, the Director of Multicultural and Immigrant Integration Services at Archway Community Services thanked the sponsors, production team and the organizing committee for enabling the show to proceed. Grewal noted they missed seeing everyone but that “it’s the commitment from the heart which matters, and that continues.”

Since 2003, community members have nominated businesses, programs, initiatives, schools and leaders that build inclusive and diverse communities in Abbotsford, Mission, Langley and Chilliwack. Archway Community Services presents the event in partnership with the Mission and Chilliwack Community Services as well as the Langley New Directions English Language School. 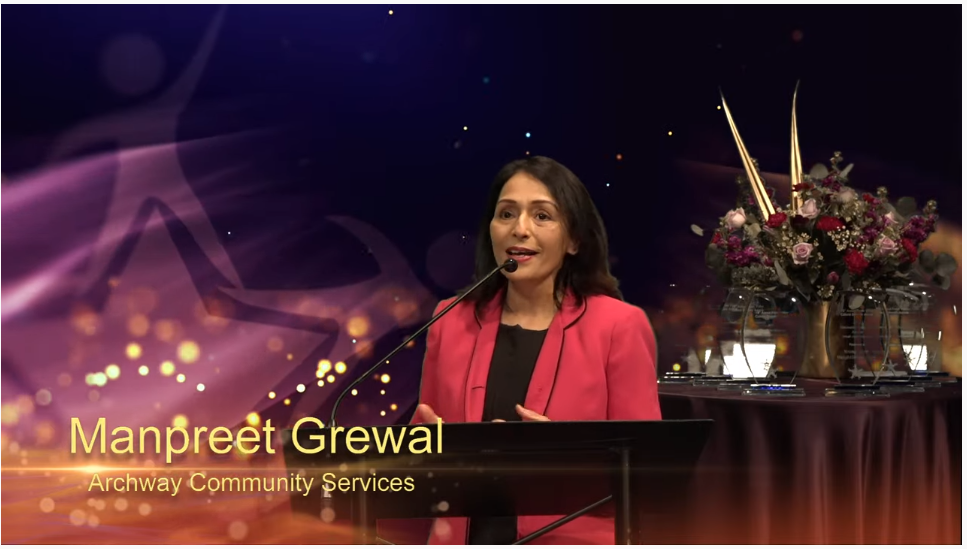 Kal Dosanjh has been a police officer for over 20 years and is the founder of the Kids Play Foundation, which helps keep youth away from a lifestyle of drug abuse and gang violence. Since 2015, 75,000 children have participated in their free programming including sports tournaments, conferences, and after–school programs. Dosanjh was inspired to start the charity after working on the Downtown East Side and wanting to help keep youth off the streets. He consistently supports community causes and does his best to inspire volunteerism into all he meets. 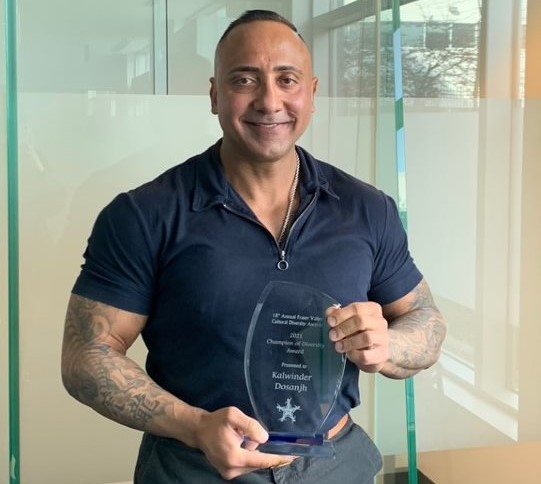 Larissa Potma is a grade 12 student in Mission who loves volunteering and being involved as much as possible in school and throughout the community. Inspired by her two brothers who both have disabilities, she is a swim coach for the Special Olympics. She is the president of her school’s Jack Chapter which is a mental health advocacy club. She helped create Mission’s own youth Interact group with Rotary and created a youth-led group called YMI, with the goal to come together, and to make a positive impact on others in our community.

In her acceptance speech, Potma said, “to my fellow nominees in this category, it’s people like us that are going to change the world and even the smallest thing can make the biggest difference.” 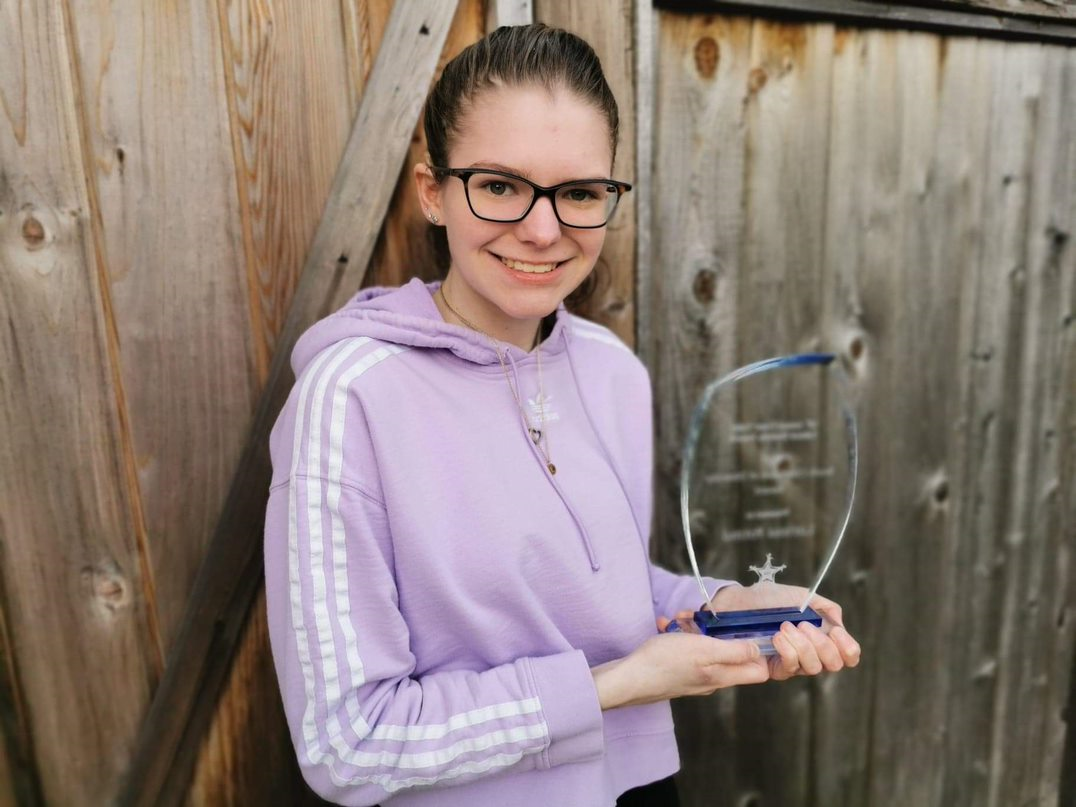 The Patrika Media of Abbotsford, Marketing

The Patrika is free newspaper that has been providing information in English and Punjabi for 25 years. Their mission is “building bridges” to help reduce cultural divides resulting in a more cohesive multicultural community.

Since the onset of COVID-19, The Patrika has provided continuous support to individuals and businesses in need. The newspaper carries COVID-19 related information provided by the City of Abbotsford, the BC Center for Disease Control and Fraser Health Authority in both English and Punjabi. They also published a weekly “Restart Abbotsford” page that provided free advertising to businesses which re-opened during the implementation of BC’s Restart Plan. 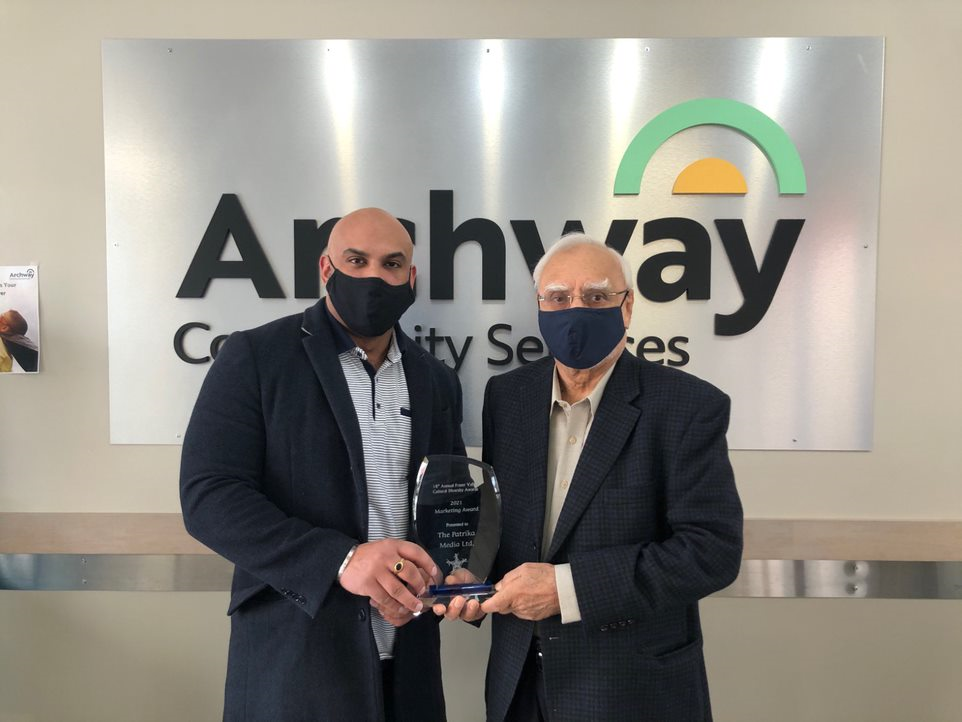 The Langley location of M&M Food Market is a top performing franchise who recognizes that a major contributor to their success is the diversity of their staff. Owner, Robert Davidson purposefully hires staff of all ages, cultures and physical or learning challenges to reflect the diversity of the community. Their franchisor has recently made a significant investment in hiring a 3rd party HR team to teach and reinforce the principles of diversity and through an online course for all employees across Canada.

Davidson accepted the award and encouraged attendees that “we must speak out about the benefits of cultural diversity and if we don’t say something, we are saying something.” 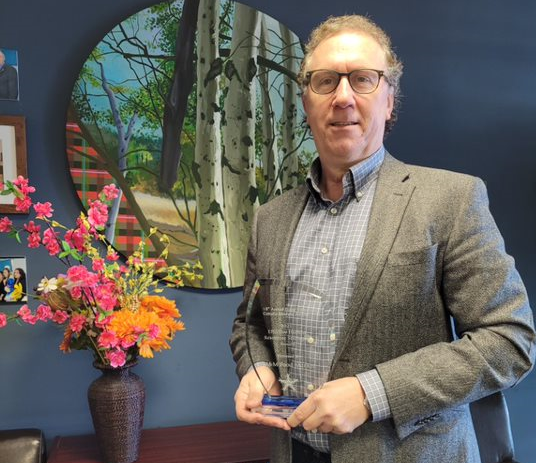 The Young Guns Weightlifting Club was started in September 2019 to provide free weight training coaching for youth. They recognized that many youth stop playing organized sports by age 15 and those that start weightlifting can suffer serious injuries without proper instruction. They reserve an entire gym space to remove any intimidation youth may feel and offer a separate program for girls. The club is committed to providing free services for youth of all backgrounds and covers costs by selling merchandise. 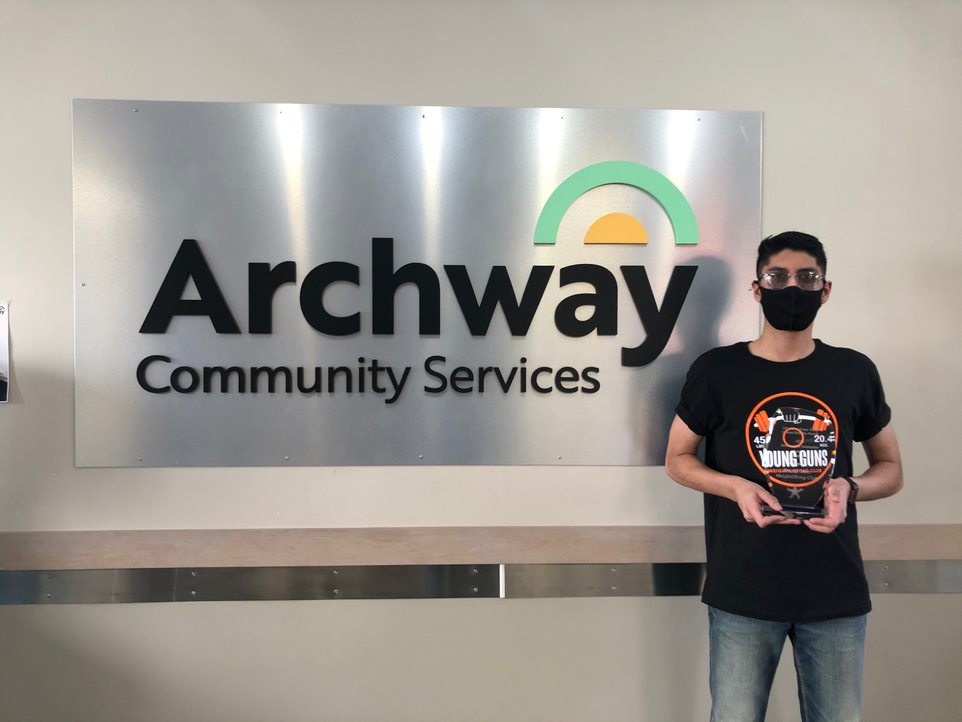 Skwah First Nation is located in Chilliwack with approximately 600 members. Their River Spirit Canoe Club is a healing and cultural learning group that started in 1985. The club works with schools and the community to introduce traditional First Nation cultural teaching and experiences.

Elder Leslie Williams shares, “these teachings will help our children learn where they came from and who they are – giving them a strong foundation, confidence and belief in themselves. Resilience is instilled as our next generation carries on these traditions and contributes to a brighter future – for all.” 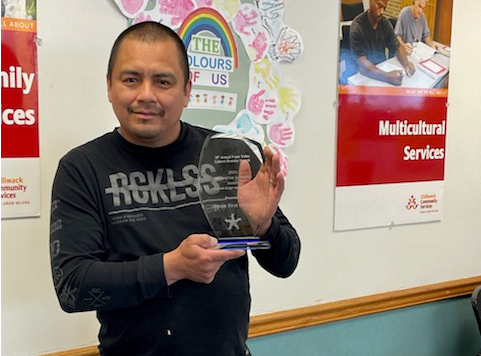 The Work BC location in Langley provide services tailored to different community groups represented in Langley such as people with disabilities, 2SLGBTQ+, indigenous, immigrants, and single mothers. They invest in training that coaches staff to provide a welcoming and inclusive environment. Staff also take training on topics like Mental Health First Aid and Trauma Informed Practice to better serve their clients.  Work BC Langley strives to make their own diverse group of employees feel welcomed, valued and encouraged. 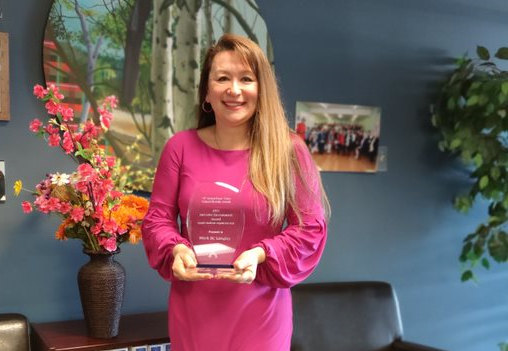 The Chilliwack YMCA promotes healthy living and helps reduce isolation by providing opportunities for belonging and connection. They strive to welcome everyone regardless of their ability to pay by offering free or subsidized rates.

Their programs and centres are designed to be reflective of the community and accessible to all. Features include gender-neutral washrooms and change rooms, a fully wheelchair-accessible facility, and adapted fitness equipment making it easier for everyone to be active.

During COVID, they launched YMCA at Home, a free virtual platform that allows viewers to connect to their favourite YMCA programs, activities and instructors without leaving the comfort of their home.

Those who missed the live show can watch a recording on Youtube or below. 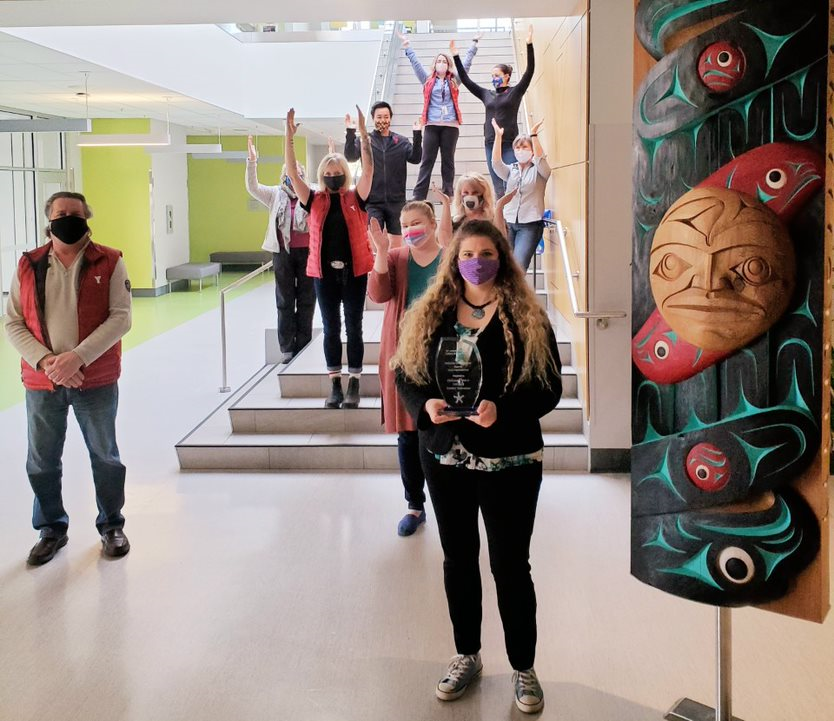