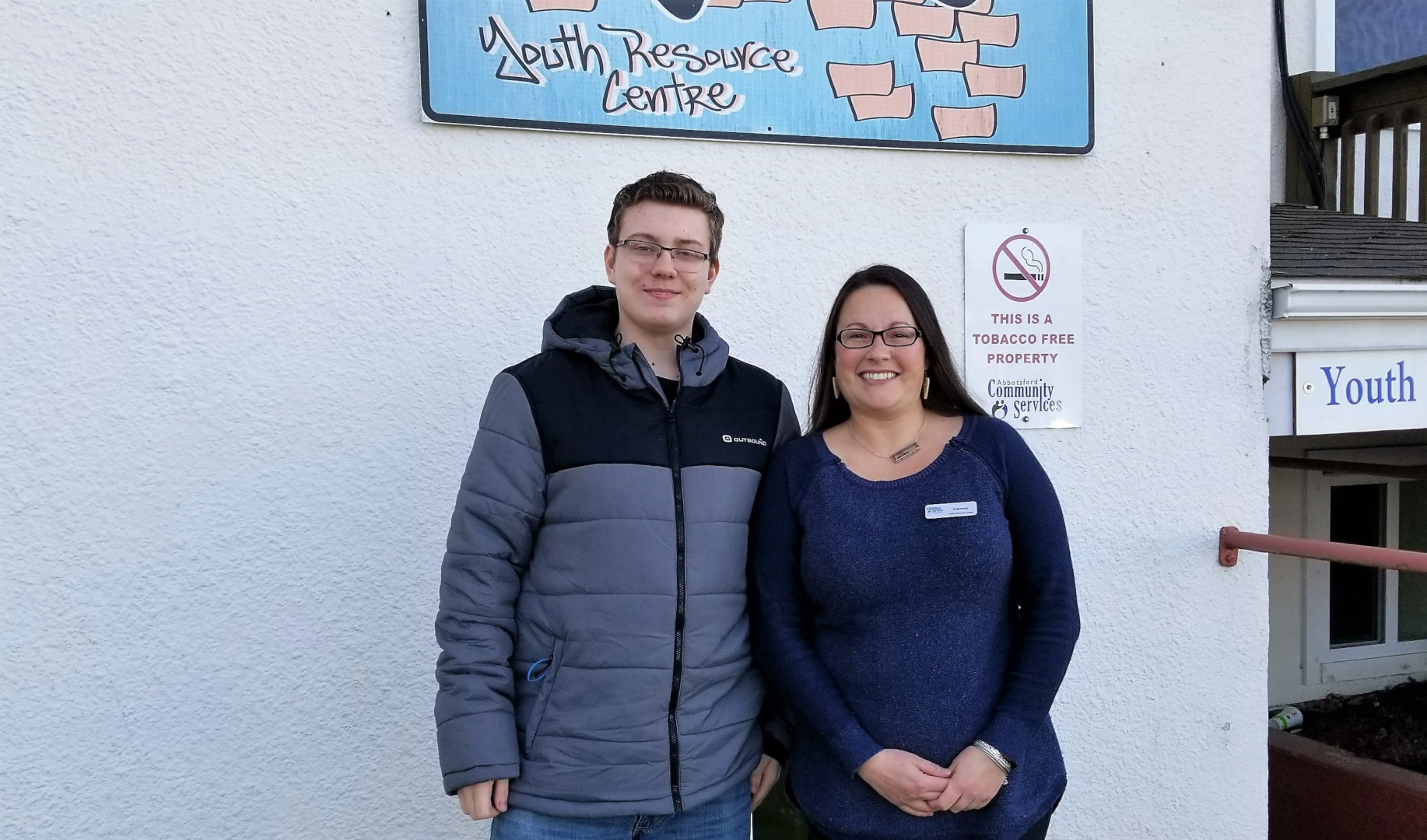 Twelve-year-old Nicholas was bright – and bored. Despite his abilities, the nature of an average school day at Abby Middle just wasn’t working for him. His Vice Principal, Ian Levings, saw Nicholas’ potential and connected him with the Youth Education Support (YES) program at Abbotsford Community Services (ACS) in 2011.

The YES program, a part of the Youth Resource Centre, is designed for youth who have social or academic challenges in the standard school setting and lack positive support at home. Students get matched with youth workers who are trained to offer the support and guidance that will help them achieve their goals and have a more positive school experience.

Nicholas spent most of his program time with Carmen Machado, a youth and family worker at the YRC. At the beginning, he would refuse to come out of his house or talk, but gradually Carmen’s continued presence convinced him to open up. Throughout middle and high school, they’d meet weekly at school to do things like chat and play cards, including games that Nicholas invented.

As their relationship grew, Nicholas found he had someone to rely on, who understood him and wanted him to succeed. Together, they identified his three goals: 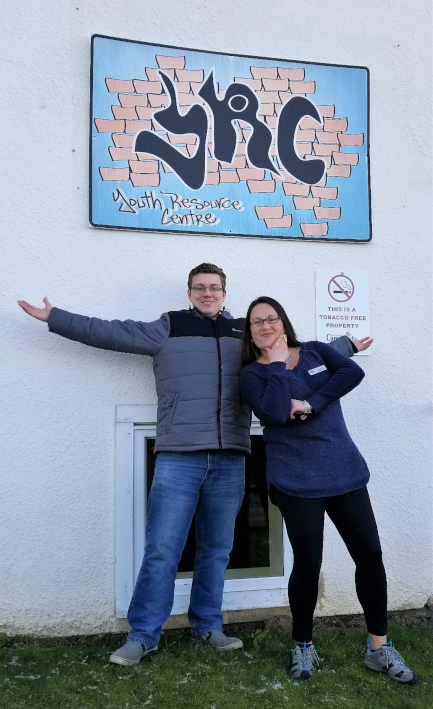 Nicholas worked diligently to achieve his goals with Carmen’s support. His grades and attendance at school improved and his efforts were rewarded with fun YES program group activities like cooking classes, jamming sessions and trips to the waterslides and PNE – chances he likely wouldn’t have had otherwise.

The social aspects of the program also proved hugely beneficial for Nicholas. Though he’s struggled to make friends in the classroom, he was better able to relate to others at the YRC. He still stays in touch with many of these friends today and he was able to improve his relationships with his older siblings.

Nineteen-year-old Nicholas is now achieving his professional goals towards a fulfilling and rewarding career. He graduated from secondary school in 2016 and is about to complete a diploma in graphics and digital design from the University of the Fraser Valley. Nicholas is the first YES program youth to graduate from a post-secondary school.

Carmen’s delight in Nicholas’ success is clear. Despite lacking familial and financial support, he took advantage of the opportunity the YES program offered him, finding personal success and developing character and skills that will serve him well as an adult.

Nicholas has a word of advice for youth who have the opportunity to take part: just do it! “It may not seem like much but that extra push helps a lot.”

While he had been connected to other youth programs in our community, the thing that made the difference for him was how the YES program tailored the support to his needs.

Nicholas is emphatic that without the support of Carmen and the YES program, he wouldn’t have become more confident socially or felt able to step out of his comfort zone and try new things. The boost to his self-esteem was huge, and today he has a positive attitude and looks forward to what the future holds.

It may not seem like much but that extra push helps a lot.

Client of the YES Program