Building a Foundation in Social Justice

In the 1960s, Walter Paetkau was a teacher in Edmonton, a job he trained for and assumed he’d have until retirement. But when Walter took time off to study for his Master of Divinity degree, his experiences changed the course of his career and his life. Through a student exchange program, Walter pursued his Master of Divinity at the Black Interdenominational Theological Center in Atlanta, Georgia. Welcomed by his fellow students, he participated in discussions and civil rights marches, including listening to Martin Luther King Jr. speak and participating in one of his marches. He also formed a connection with one of his professors, who was especially knowledgeable about social change. Through that professor, Walter got caught up in the idea of social justice. When a mentor invited him to take a year off and work on service development projects, he jumped at the opportunity and never looked back.

By 1966, Walter found himself in Abbotsford with the Mennonite Conference. He was working in program development and started noticing very little happening locally with respect to social services. Eager to “get some things going” to improve social well-being, he started reaching out to local churches and service organizations. 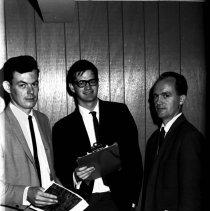 Walter (right) in the early days of MSA Community Services.

While the people who would eventually become the founders of Matsqui-Sumas-Abbotsford (MSA) Community Services largely came from church backgrounds, they decided early on that the agency would not be a Christian organization, otherwise there was potential for people to disagree based on their traditions. Instead, they focused their efforts solely on helping local people and bringing social services under one roof. “It was very natural,” Walter remarked. “We were just people helping people.”

One thing led to another, and soon social workers joined the effort. Walter and his cohorts started establishing committees to better determine what local needs existed and how to respond. Believing that single-service efforts to help those in need could result in missed opportunities, the people who came together in the beginning decided that if a need was identified in any part of the community, they would rise to the challenge and see how they could serve them. Their efforts focused on filling in gaps not met by schools, hospitals and other big societal institutions.

Soon, someone suggested serving the needs of community members at Christmas. Previously, families who couldn’t afford Christmas dinners or presents were helped here and there by various organizations and churches.

In 1968, those groups and churches got together and started Abbotsford’s first Christmas Bureau, guided and inspired by the existing Vancouver Christmas Bureau. Their collective effort enabled them to obtain storage space, advertise in the newspaper and bring in donations of approximately $500, providing needy people with one central place they could come for help during the holidays.

In 1969 the group developed a constitution and became MSA Community Services, with a goal to increase opportunities for social development. Eventually, they received a federal demonstration grant that allowed them to retain two full-time staff; Walter as manager and Helen Layton as administrative support.

The 1970s were a time of social change, apparent everywhere. Social movements were developing momentum, people were speaking up about injustice and even folk music reflected the mood in society.

“We never gave it much thought beyond doing whatever we could to help others,” Walter reflected, “there was no master plan.” Their initial grant allowed them to focus on creating and operating their various initiatives and raising more funds. Before they knew it, one year turned into five. Abbotsford kept growing and MSA Community Services kept responding to needs. Notably, projects for youth and seniors were created in the 1970s, and those for people with addictions in 1988. In response to the recession in the 1980s, the Christmas Bureau evolved into a year-round Food Bank with the reasoning that if people were in need at Christmas they probably were also in need throughout the year. As the committees identified more areas of society who could benefit from help, they responded.

With each development, they got the community involved instead of dictating what they felt needed to be done. Most projects were short term, which is often the nature of community services today. “We didn’t differentiate, we didn’t target – we helped everybody,” stated Walter.

Growing to Serve All

As the decades passed the agency continued to grow with the help of generous local donors, foundations and government grants. The funds provided greater opportunities to develop more programs and serve more people. “If you are a person and you need help, we will do it.” Walter stated. From the start, he has always believed that community support is best provided by people who live in the community themselves. “It provides them with a unique understanding,” he said. Experiencing moments of both triumph and challenge along the way, Walter insists that even on the hardest days he never felt like giving up. “The vision, staff and community support was always so energizing,” he shared. In fact, the only discouraging moments he recalls were when he came up against naysayers or keenly felt the loss of staff due to discontinued program funding.

Walter retired in 2000 after serving as Executive Director of Abbotsford Community Services (ACS) for 31 years. He certainly hasn’t taken it easy, though. Since leaving, he’s volunteered as President of the Circle F Horse Rescue Society, been involved in church leadership and spent time with his family, friends and garden. 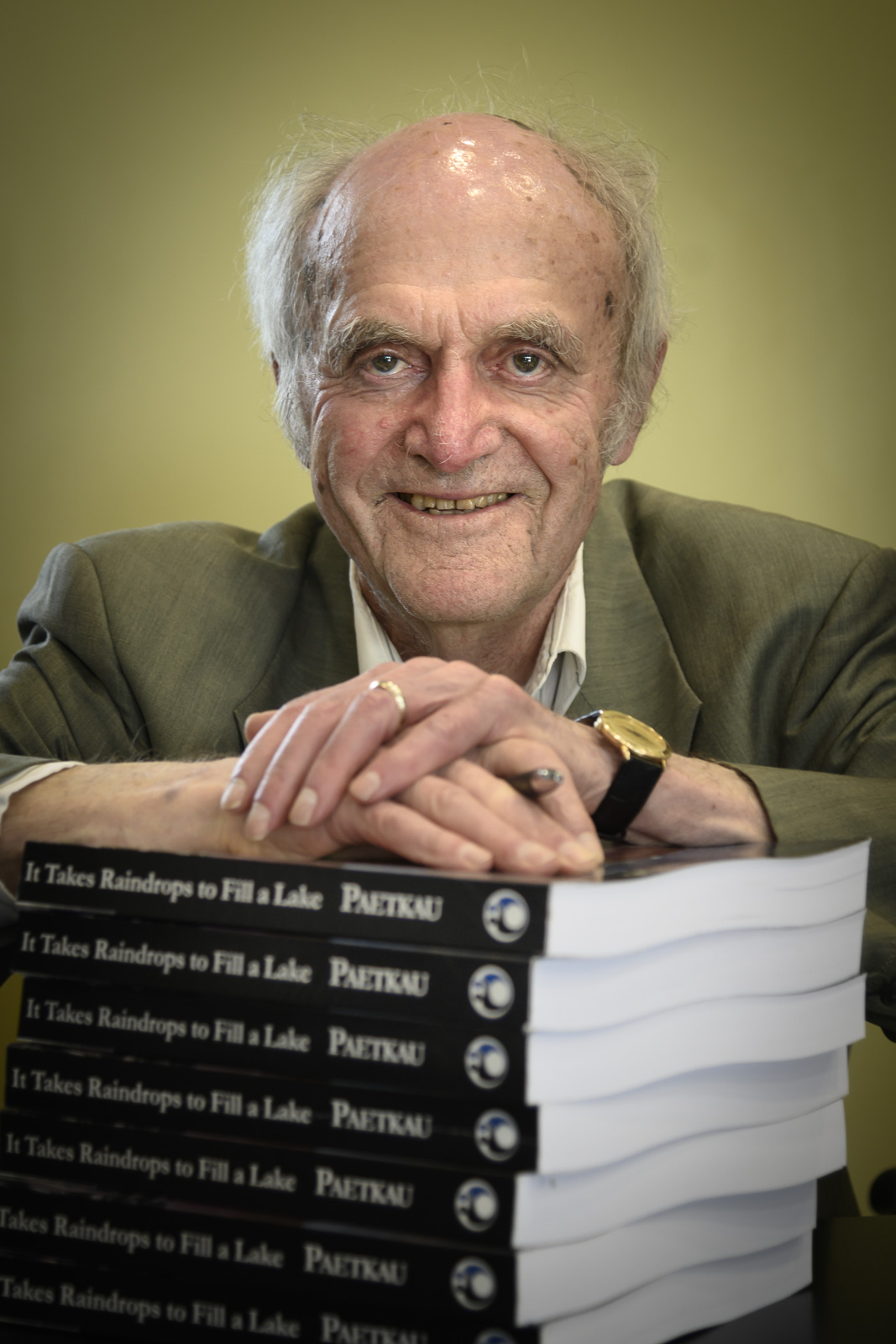 Walter at his book signing event in 2019.

In recent years, his time has been devoted to writing a book about the agency’s history, entitled “It Takes Raindrops to Fill a Lake: The First 50 years of Abbotsford Community Services.” He decided to write the book after speaking with a colleague about common experiences going back to the 1960s. That encouragement sparked his imagination and prompted a conversation with current Executive Director Rod Santiago. After a year’s delay due to projects with Circle F, he combed through numerous scrapbooks and realized he had a wealth of content to draw from.

Looking to the Future

Walter is optimistic when reflecting on the last 50 years of ACS and looking to the future. He feels proud of the values and culture he helped instill, which sustain ACS to this day. Upon visiting the office nearly two decades after retirement, he’s pleasantly surprised by the development of structures and policies and the increasing use of technology in the workplace. He’s also delighted that growth hasn’t changed the soul of the organization. “As I visit staff and catch their info and vision, I’m deeply impressed with their caring and compassion for others,” he states. “They aren’t filling seats,” he remarks. “They care. It’s more than raising money and putting on activities, there’s a spirit there. We can’t lose sight of that.”