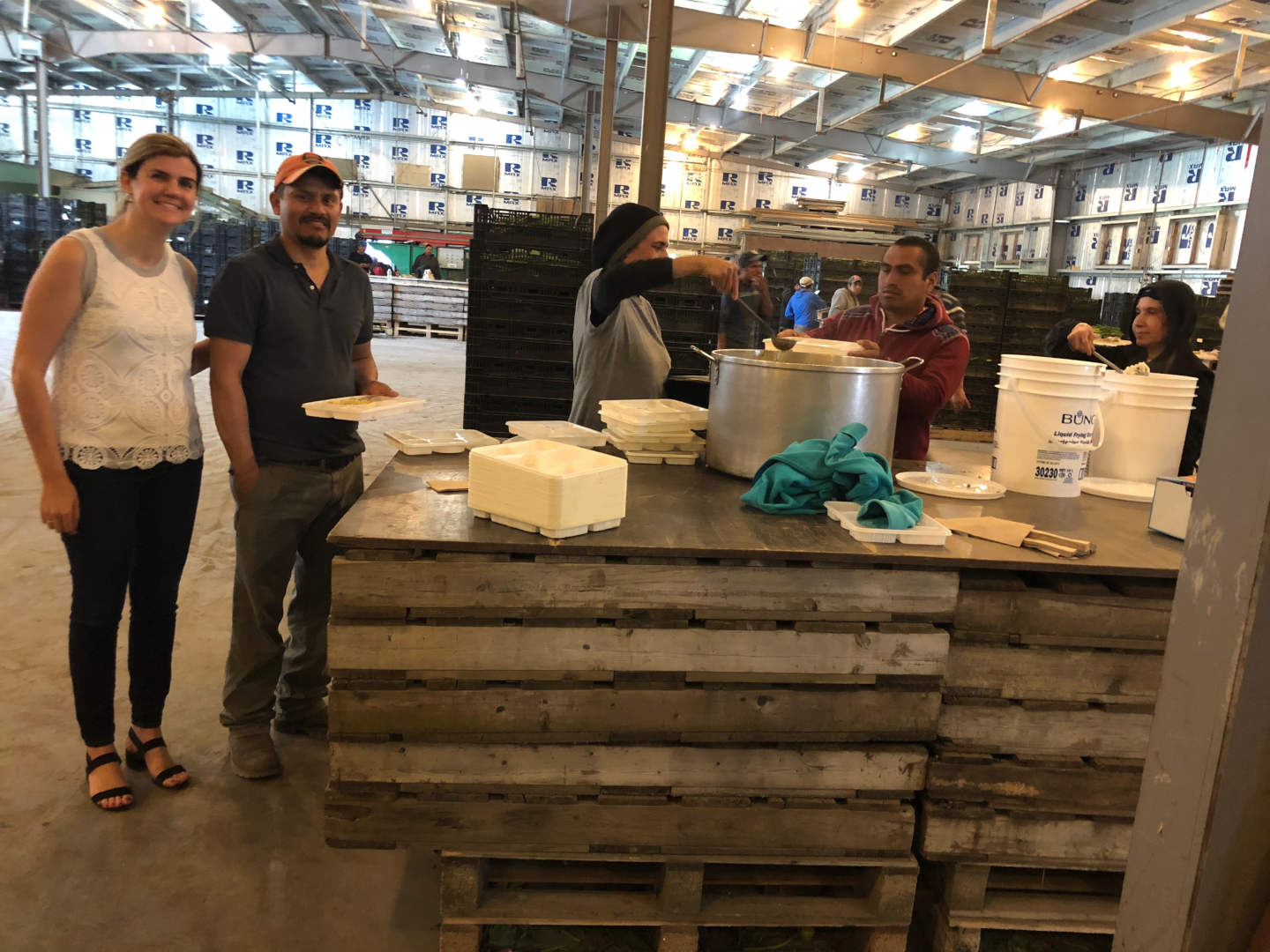 In an amazing display of community, Abbotsford residents, organizations, churches, gurdwaras and businesses banded together to help the 75 farmworkers who lost their housing and most of their belongings on Thursday April 26th.

“I was amazed at how quickly the community came together,” recounts Alexis Warmerdam, the daughter of farm’s owner. The residents were all seasonal agricultural workers from Mexico who work for Nick Warmerdam’s Lakeland Flowers farm.

The biggest concern was finding housing for everyone but within hours, eight other farms had offered space in their buildings. “It was more than we even needed,” marveled Warmerdam.

The Day of the Fire

Claudia Stoehr’s phone began to buzz with texts shortly after the fire started. Stoehr, a former lawyer in Colombia, now works in the Legal Advocacy for Farm Workers program at Abbotsford Community Services. She regularly assists the employees and farm owners to make sure they’re aware of their rights and responsibilities, and helps connect farmworkers to the wider community.

There was a lot of confusion in the early days after the fire, and Stoehr and her colleagues worked long hours to support the farm staff and garner community support. 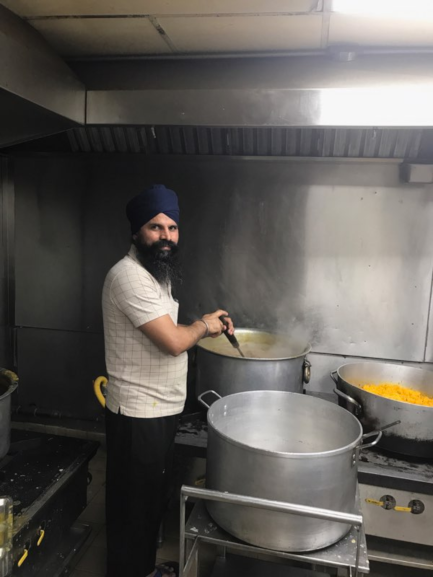 Abbotsford Community Services was amazing. They were one of the first to show up, they brought food and are still working with our employees.

the daughter of farm’s owner 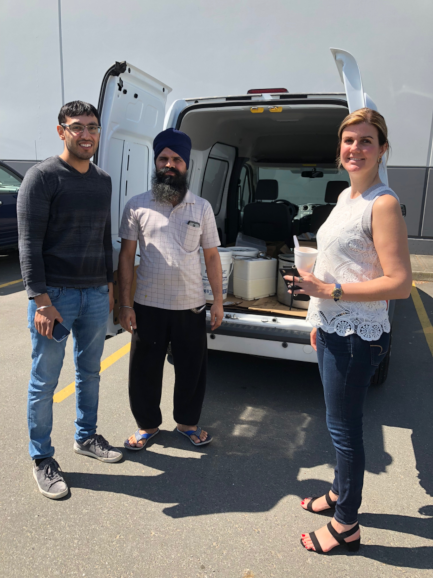 “They were scared and not sure what the fire meant for their jobs, paychecks and housing,” said Stoehr. “Now with the support of their employer and the community they feel much better, but it’s going to take time before things go completely back to normal.”

“Abbotsford Community Services was amazing.” said Warmerdam, “they were one of the first to show up, they brought food and are still working with our employees.”

Some of the things the workers say they miss most are family photos, Mexican driving licenses and other personal and irreplaceable items. Many also lost expensive electronics like iPads or cellphones, which will take time to replace.

Even as he watched his own possessions burning, one of the men thought of his employer and “how hard it must be for him seeing the effort of so many years in the fire.”

How the Abbotsford Community Rallied to Support the Workers

Help came so quickly and from so many sources that it was hard to keep track of. In only a few days, the workers’ immediate needs of clothing, food and work boots had been met through various community groups, and an online fundraiser brought in over $4,000.

The Mexican Consulate was on-site the same day and helped the workers replace their passports within four hours. TD Bank, where the workers bank, was able to replace client cards in under an hour.

The Abbotsford Food Bank sent over a truckload of food and toiletries within 24 hours and several churches helped out with food and assistance. In particular, the Arnold Community Church helped with school bus transportation, food, and temporary housing at a member’s farm.

The day after the fire, three community organizations banded together to feed the workers a favourite meal of rice and beans. The food was donated by the Food Bank, prepared by the Khalsa Diwan Society at the Abbotsford Gurdwarda and delivered by the Legal Advocacy team.

The BC Federation of Labour collected a list of specific clothing and shoe sizes needed and individual community members collected supplies and dropped them off at the farm for workers. Four seniors took advantage of their discount at Value Village and showed up with four bags of clothes. MCC donated supplies including much needed luggage. 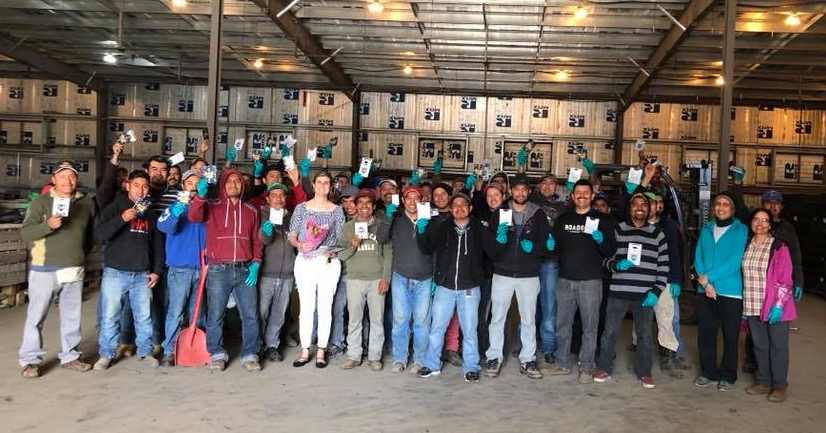 Thank you very much community for your help, we never thought to receive so much help, but never before we felt the affection of the community.

Marks’ in Abbotsford donated several boxes of supplies and offered a 40% discount on other clothes or shoes needed. The organization Mexican Community in Vancouver banded together to purchase the expensive rain gear needed by the workers as well as bedding, phone chargers and clothes. Prospera gave all workers $50 pre-paid credit cards.

When asked if they wanted to say anything to the community, one of the men said, “Thank you very much community for your help, we never thought to receive so much help, but never before we felt the affection of the community.”

While temporary housing was generously offered, the other farms had their own employees coming in for the busy summer season and couldn’t accommodate the displaced workers on a long-term basis.

The Warmerdams considered a number of housing options including a camp set-up from Northern BC but ultimately were unable to keep the workers together in one location. Despite a tough rental market, the owners have secured several rental properties to house their workers.

It’s made transportation more difficult and they’ve had to rent extra vans. Clearway Rentals helped them with van rentals, and even retrofitted one of their vehicles to make it suitable for the workers’ needs.

While the cause of the fire has not been determined, it is not considered suspicious. The farm does have insurance coverage, which will replace some of the building’s contents and help with rebuilding.

Warmerdam was thankful for the Abbotsford Fire Department who stayed all day to put out the fire. As soon as it was safe, the firefighters helped recover what items they could from some units that weren’t as damaged.

The original structure was purpose-built to house seasonal workers. It was built in 2010 above the standards of the day and approved by the Mexican Consulate and a licensed inspector. It was built as large as city by-laws and an extended variance would allow.

The owner plans to rebuild as soon as possible and is hopeful to have it ready by next February when the busy season starts again.

About The Seasonal Agricultural Worker Program

Farmers must pay for and arrange round-trip transportation for workers to the work location. They also provide no-cost transportation to and from work while in Canada and provide suitable and affordable housing that passes inspection.

The farmworkers usually live and work in Canada eight months of the year. While there were some newcomers in the group of displaced workers, 80% of the group have been working between 10 – 15 seasons and are returning members of the local community.

Abbotsford is an amazing community and events like this show us how generous and caring our citizens are. Thank you to everyone who was a part of stepping up and helping these men start to rebuild.