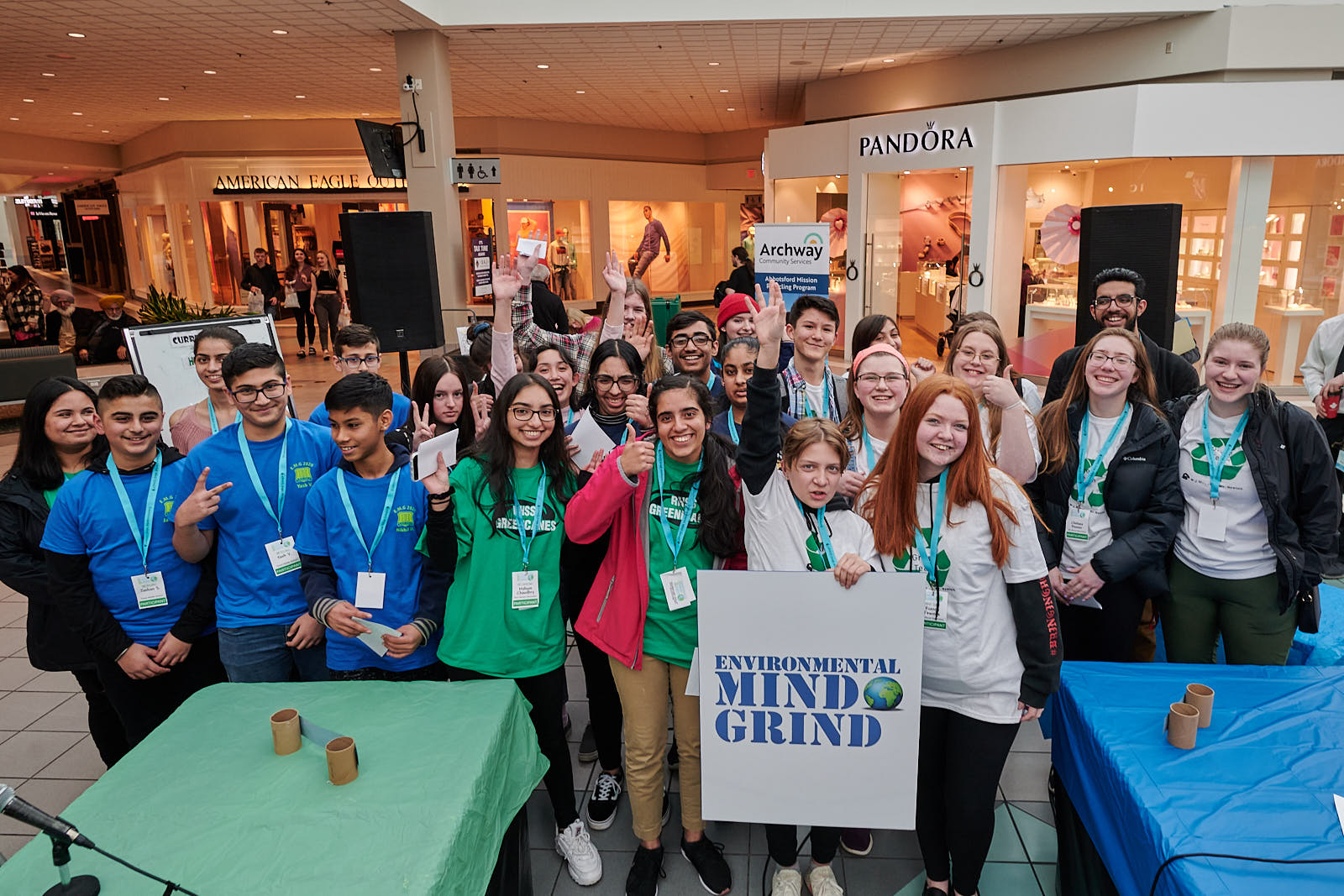 The Environment Mind Grind is an academic trivia-based competition with a focus on environmental awareness, hosted by the Abbotsford Mission Recycling Program.

5 teams from Rick Hansen Secondary, WJ Mouat Secondary, Mission Senior Secondary and Colleen and Gordie Howe Middle School competed against each other at the event held at the Sevenoaks Shopping Centre.

“The students were very engaged,” said Laura, the Director of the Abbotsford Mission Recycling Program. “They had obviously studied the Mind Grind handbook and were eager to answer the questions which made for some fun and healthy competition between teams.”

Rick Hansen’s team won $1,500 to go towards an environmental initiative at their school. They’ve chosen to purchase a water bottle refill station for their school

WJ Mouat Secondary took second and third winning a total of $750. MSS has used their past winnings to purchase a water bottle refill station and solar panels at their school. The prize money was generously donated by FortisBC.

The Environmental Mind Grind is put on annually by Abbotsford Mission Recycling, a program of Archway Community Services. The program provides recycling services in partnership with the District of Mission and the City of Abbotsford. They offer an extensive public awareness program, which includes school and community education.