Banking on a New Life in Canada: Gurdas’ Story 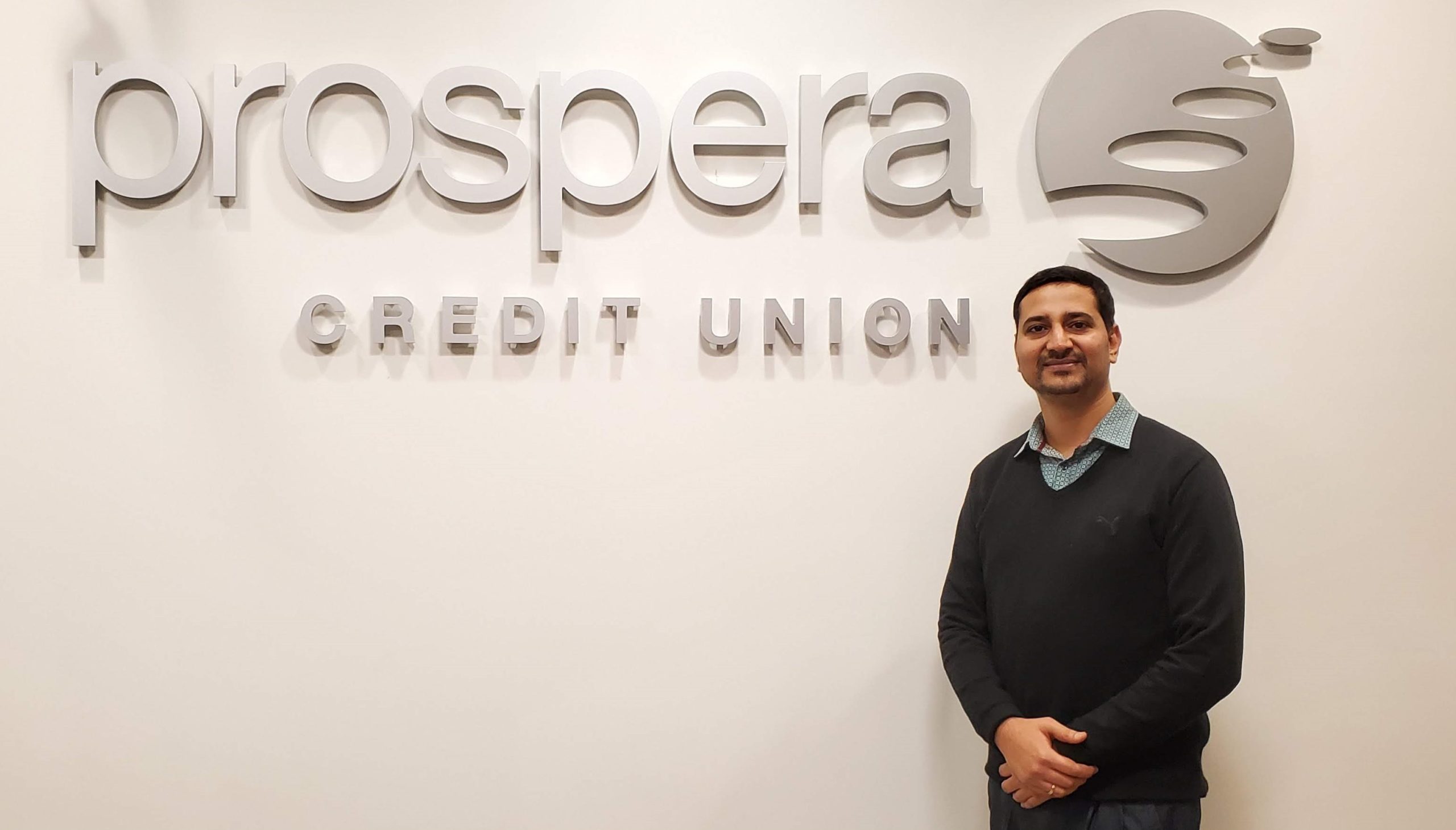 Moving is challenging. Whether you’re packing up and transitioning across town or across the province, it’s exhausting, stressful and takes time to settle in.

Those stresses are magnified when you move to a new country, but people like Gurdas do so well they make it look easy. Adjusting to a new language, culture, community and career are challenges he is tackling with a smile on his face.

Gurdas arrived in Canada in March 2019. His wife had already been here for seven years and he was finally reunited with her and their young daughter. Although happy his sponsorship had been approved, Gurdas initially felt lonely and isolated while his family were at work and school.

In India his career kept him busy, but unemployment left him home alone. While looking after his family was important, it was different than what he was used to, especially in a place where the people and surroundings were unfamiliar.

Over the past eight years, Gurdas had built a successful career in banking and was keen to continue it in Canada. But where would he start? Would he have the necessary qualifications?

Gurdas’ wife referred him to Jen Romero at Archway Community Services, where he leaped at the opportunity to participate in programs for newcomers. Conversation Circles with the Community Connections program offered support while practicing English in an informal setting. He made friends and shared food while bonding with other newcomers. Language Instruction for Newcomers to Canada (LINC) classes then helped him put his English skills to the test.

Next, he enrolled in the Career Paths for Skilled Immigrants program, seeking career advice from supervisor, Mary Finch. The Career Paths program provides services for immigrants that help them find jobs related to their former careers.

“Mary taught me how to prepare myself for a Canadian work environment,” Gurdas shared. The Career Paths program left him “feeling really encouraged that he’d succeed here.”

Initially, Gurdas was employed at a cheque cashing business, but he wanted to further his career in a mainstream financial services environment. Mary suggested he reach out to credit unions instead of big banks and ask for practicum opportunities.

Gurdas’ decision to seek opportunities at Prospera was a great one; though the Clearbrook branch he visited wasn’t hiring, staff there immediately saw his potential and referred him to Delair Branch Manager Eileen. “He needs to be a Prospera employee!” was the message she received.

Eileen gave him a chance to work on a part time, casual basis without a practicum, allowing him to jump into the Canadian workforce sooner than he expected. Soon, he was offered a full time job.

“I had no doubt he was the right person for the job,” stated Eileen.

A quicker learner with a positive attitude, Gurdas fit right in with the team. “My colleagues accept me and support me very well,” he reported. “I feel like this is my family…. working here is wonderful.” Once concerned he’d have to start from scratch despite eight years of banking experience, he’s delighted to already be doing work on par with his responsibilities in India.

Gurdas is happy to share that the support he received from Archway was instrumental in his success settling into life (and work) in Canada. In less than a year, he’s become part of the community, even volunteering at an Archway 50th anniversary book launch event.

“It might take some time,” Gurdas advises other newcomers, “but keep trying, don’t give up. Success will come to you.”

“It might take some time, but keep trying. Don’t give up. Success will come to you.” 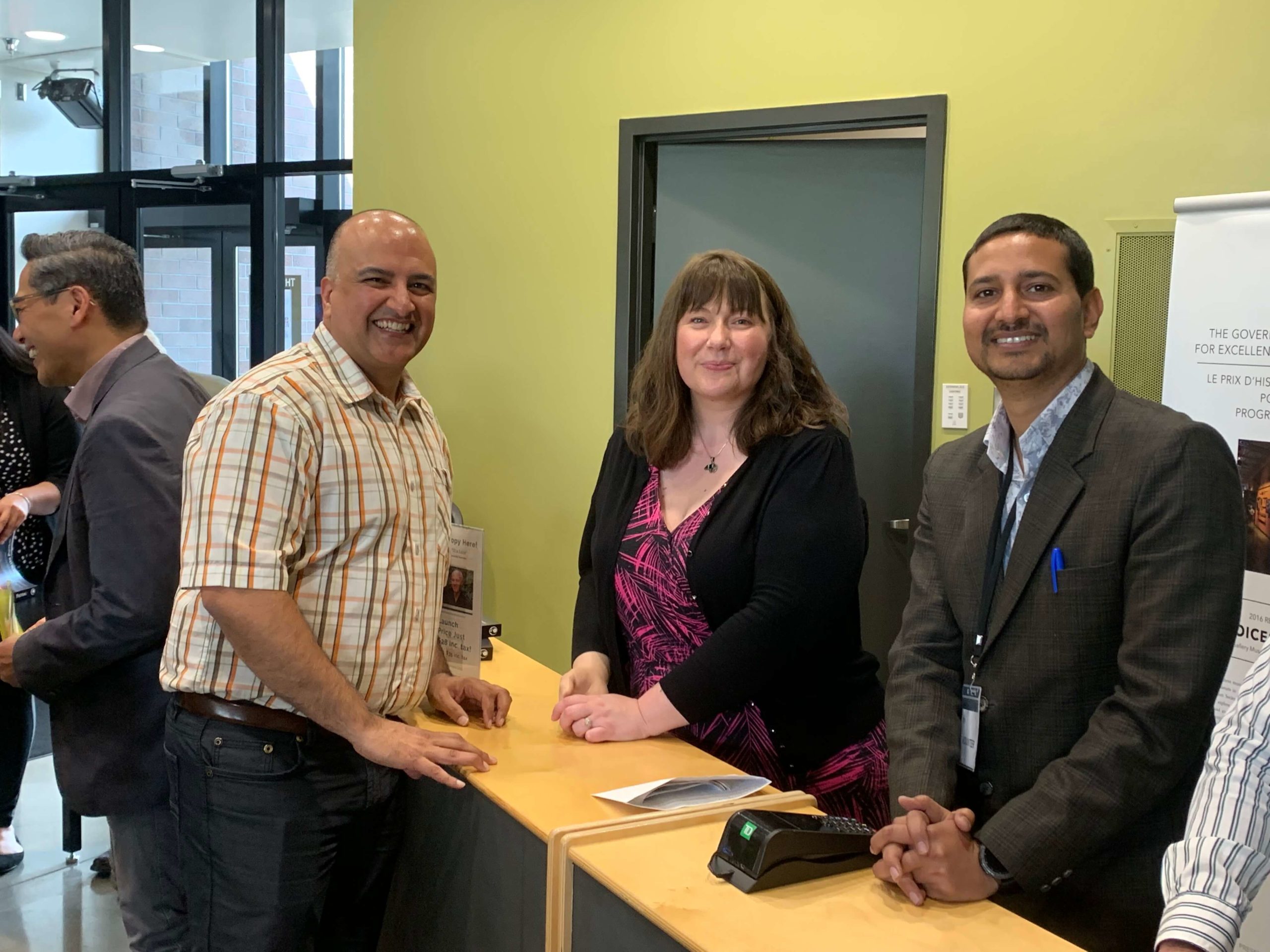